A Leyland number is a number that can be expressed in the form [math]\displaystyle{ x^y+y^x }[/math], where x and y are positive integers greater 1 and x ≥ y. These numbers are named after Paul Leyland, who first studied these numbers in 1994. The first few nontrivial Leyland numbers are given by OEIS sequence A076980.

A Leyland prime is a Leyland number which is also a prime (see sequence A094133 in OEIS).

The second kind of numbers are of the form [math]\displaystyle{ x^y-y^x }[/math].

The data tables contains for every number the x and y values, the number of digits, the Leyland number[1], dates and persons of finding and proving if available and the program used to prove a prime.

This graph can be found here: 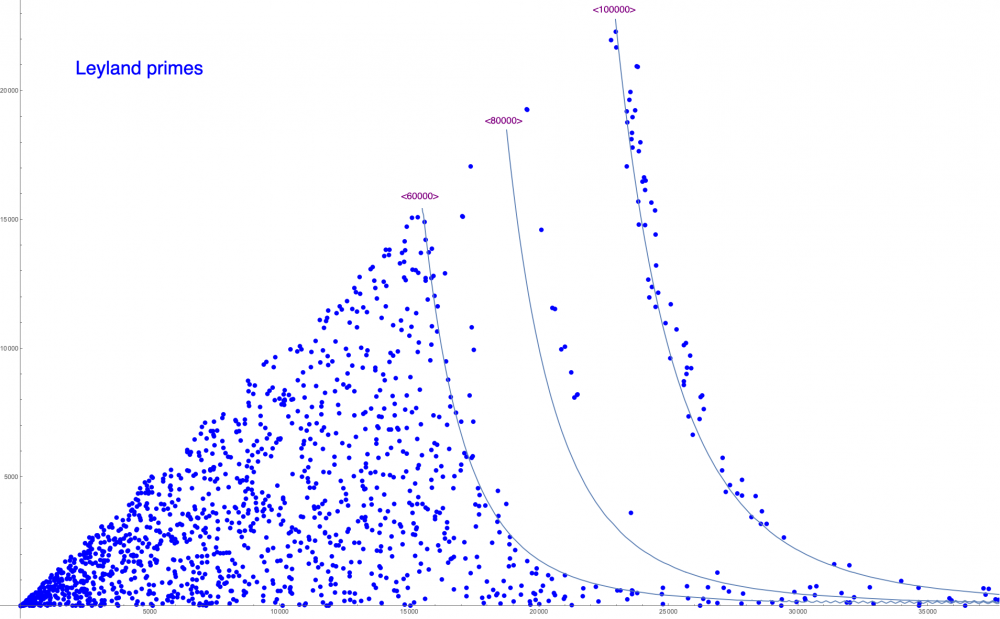