From Prime-Wiki
Jump to: navigation, search

Originally developed by Paul Zimmermann. He was joined by Alexander Kruppa at release 5. Currently the program is developed by a team of contributors.[1]

To get an optimal performance, you'll need to compile (build) your own version of GMP-ECM.

1. First you'll need to get the right environment and stuff to work with:

2. Open MSYS (there should be a "MSYS" icon on your desktop) and shut it down again.

4. Time to open MSYS again. Inside MSYS you'll need to do as shown on this screenshot:

(and to those of you who for some reason can't see the screenshot: Type tar xjvf mpir-2.5.1.tar.bz2 and press enter) 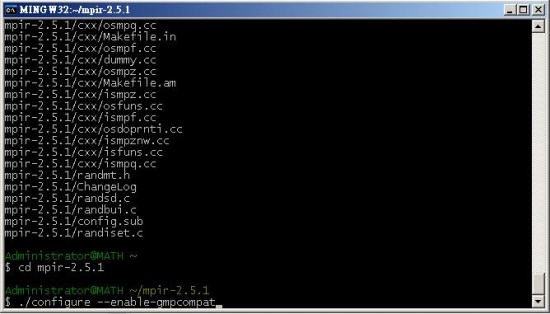 Now it will probably start configuring a bunch of stuff and you should see a lot of output. 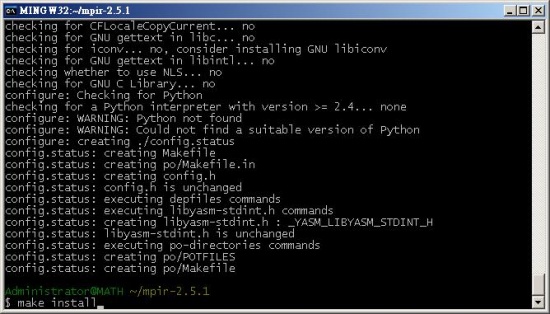 Now MPIR installs itself. This is going to take a little while.

8. After it's finished, type cd and press enter to go back to your initial directory. 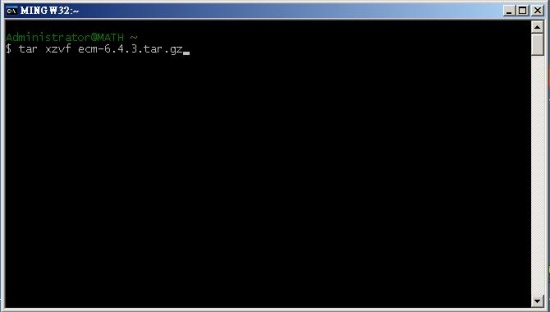 11. Do as shown in the screenshot: 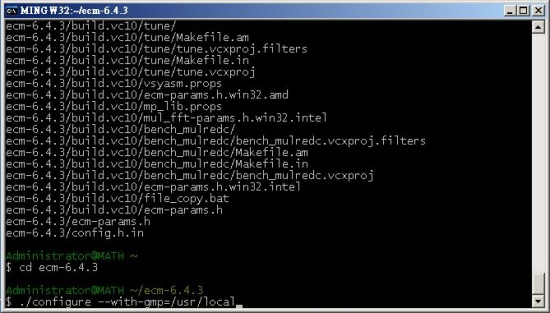 Now it will make sure that you get an optimal performance out of your GMP-ECM.

12. Type 'make' and press enter. This will create your ecm.exe and will take some time.

13. When it has finished, close MSYS and you should be able to find ecm.exe in the home-directory.

Now that you have an optimized ecm.exe you'll need to use it either manually on the Cunningham list or as a part of ECMclient.

Alternatively, you can use a script courtesy of ATH to compile the latest version of GMP-ECM.